I’m going away! (1) – TV show as must-watch for change-experts

I don’t watch a lot of TV. But I’m happy to make an exception for a (Dutch) show like ‘Ik vertrek’ (I’m going away). What does change have to do with this entertaining TV show, you ask?

Each episode, the ingredients of a proper organizational change process are covered, albeit to varying degrees. It’s a celebration of recognition.

1. It starts with a passive aspiration, a long-cherished wish, a dream. It’s a genie that, once it’s been released from the bottle, won’t rest until this desire has been given in to. It’s more of a poltergeist in that sense, it doesn’t grant you your wish, but instead has you fulfil it yourself. And the show is about those people who are brave enough to accept the challenge.

For these people, the sense of urgency has become such, that something needs to happen, that change is in the air. Whereas organizational change is usually (or appears to be?) based on external factors, the travellers exhibit an intrinsic motivation that is not often paralleled. They have unlocked an unstoppable energy in themselves, which they will also need to complete the journey. And that usually only becomes apparent in hindsight.

2. “Begin with the end in sight”, for the Covey adepts among you. No matter whether he was right or wrong, the travellers have a clear mental image of what’s to come. And that it will succeed. The goal is the materialized dream: a house in Portugal so they can live stress-free; a guest house in Germany so they can live and provide for their income together; a B&B in southern Italy so they can care for others. Essentially, the caravan or the large car are never the goal in itself, they are the means to reach it. Profit is never the goal in itself, continuity is. A good-looking showroom is no goal in itself (although…), but a means to achieve what it’s really about.

3. The preparations for the change are initiated. Can I do it? Do I want it (insecurity is rearing its head)? Who am I leaving behind (children, parents, and friends as well)? What am I leaving behind (security, bad weather, stress)? What do I need (money)? This part will already require a good chunk of the unlocked energy, it’s a good thing they really, really want this. And the leaps of faith that are being taken are astonishing. But hey, it’s always easy to criticize from the side-lines.

4. Everything gets put into motion. Selling the house, throwing the farewell party, packing the car, taking care of the bank affairs, building a website, depositing money in the bank. Without all this, the journey will not succeed.

5. And then, the journey really begins. In the van, truck, or by plane, on to a new life. The sun is shining, sleeping in is allowed, life is beautiful. But then somewhere along the way comes the realization that not everything can be planned, that not everyone will cooperate, that your goal isn’t the same as someone else’s ─no, not even if you pay for it─ and that your partner isn’t always as sweet when faced with a stressful situation. And even though you wish you could, you can’t force time. Clients aren’t booking according to your occupancy schedule, suppliers don’t deliver like you thought they would, and sometimes your idea gradually changes, making it feel like time is catching up to you. But, as the saying goes: all good things take time. The beauty of this TV show is that you can follow people’s progress almost in real-time: they persist, persevere, they keep going when they know better, or throw a Hail Mary. That bucket of energy they started with is imperative for the change.

6. With plenty of delays, standstills, retrogressions, but more importantly, by stoically following that dream, they achieve their goal ─usually in the nick of time. The house is ready, the garden is practically finished, the first guests are arriving, the local mayor has a ribbon cutting and delivers a toast.

7. And they saw that it was good. The sun, sea, wine, peace, simplicity and success are enjoyed to the fullest. The outcome is taken stock of. All’s well that ends well.

And in organizations? What I find particularly interesting are the similarities, but even more so, the differences between the TV show and organizational change. How big is the difference between ‘I’m going away’ and ‘we are going away’? How is it possible that both processes run parallel in the beginning and yet, when companies actually get started, everything falls apart? Does step 1 turn out to not be step 1? Or at least not for everyone? Does that bucket of energy turn out to be just a bucket of air? Why is there no time for the ‘unplanned’, that everybody knows is going to come? And why is there no (or an incomplete) evaluation?

In the following blogs, I will take you along for this journey, looking for insights. 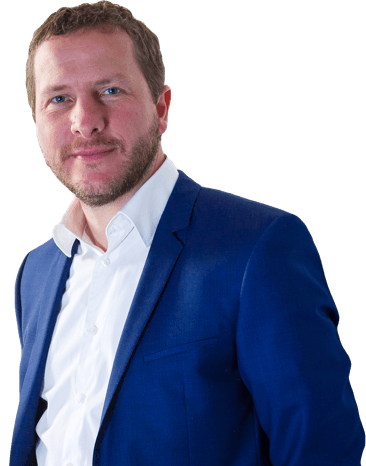